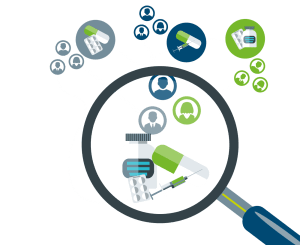 Early stage drug candidates are increasingly being recognized to have potential applications in several therapy areas; especially in case of several diseases with a similar etiology. Illnesses associated with immunology, oncology and metabolic disorders might possibly be characterized by different physiological involvement while they share a similar underlying cause. (1)

Several medicines currently available as well as many more in the pipelines are likely to be effective in multiple indications. More than half of the major cancer medicines currently in use have multiple indications. By 2020, this share is estimated to rise up to 75 percent with possibly varying prices. Since on-patent medicine prices justify their value, multi-indication medicines should have different prices across indications. Different prices for different indications or for individual patient sub-groups eligible for treatment with the same medication can be assigned with indication-specific pricing (ISP). The relative clinical benefits of a drug can vary widely between populations within the same indication. (2) However, the existing pricing and reimbursement systems are unprepared to handle this as there is still a uniform price across all indications. Thus, price and clinical value often do not align well across multiple indications. (3)

This can be explained by an example of Enbrel (etanercept), which can be used in several inflammatory conditions, ranging from rheumatoid arthritis (RA) to moderate psoriasis. Since dosing regimens as well as the form of this medication are similar across indications, the product (and its competitors) is facing pricing challenge as the company has not been able to set difference prices for multiple indications. This can be attributed to restrictions on the use of Enbrel in RA and psoriasis, in terms of varying degrees of complications. Some companies have even received approvals for different brands of the same compound targeted for different indications. However, due to companies failing to differentiate the prices for such products, it is doubtful in today’s environment that payers would allow a price difference to stand. (4)

A few of the current pricing models do allow for a “blended” pricing approach, which is still a uniform pricing; however, the price is based upon an average of the value of all of the indications, weighted by anticipated patient volumes. The challenge with such an approach is whether decision makers approve of the correct price to use when deciding about patient access to a particular indication. (3)

Multi-indication pricing (MIP) method is used to set a different price for each indication approved for the medicine. This is to make sure that medicines are priced according to value per indication, in line with the standard economic theory when arbitrage does not prevent differential pricing. This may provide patients with an opportunity to access a medicine if priced as per the expected value for the potential outcomes achieved in that particular indication (usually expressed as a cost-effectiveness threshold). This way, companies will have an incentive to develop lower-value indications instead of high-value ones to sell at relevant (lower) prices, knowing that they can keep a high price for an existing high-value indication. (3)

MIP administered through different brands of the same molecule is of little relevance for medicines with various oncology indications – which in itself is a big challenge. One country that has attempted this challenge is Italy, through the Agencia Italiana del Farmaco (AIFA) – which is responsible for monitoring drug usage across indications with patient registries for multi-indication, single-brand medicines. (3)

Increasing number of researchers are finding promising therapies already developed for one disease that could help treat another. Many academics have found promise in inexpensive generics that have long been on the market whose patents have expired. Some companies in the hope of getting returns on their investments are also looking to repackage existing drugs still under patent, such as those that were shelved after unsuccessful trials. This is because resources have already been spent on these unapproved therapies, which is why companies see value in attempting to revamp them for a new indication. Most of such successful cases of drug repurposing have been largely appropriate discoveries. For instance, Sildenafil, sold as Viagra since 2005, was tested as a treatment for erectile dysfunction only after erections emerged as a side effect in Phase 1 trials for cardiovascular disease. Moreover, the antihypertensive Minoxidil was re-formulated into the topical cream Rogaine after patients experienced hair re-growth. Driven by these success stories, researchers are now taking more strategic approaches to identify new uses for existing and failed drugs, relying on new high-throughput techniques such as large-scale screens and bioinformatics strategies to mine data for drug-disease connections. (5)

Is India Gearing up for Patient Centric Healthcare Model?

Use of QALY in Healthcare Decision-Making – The Controversy Continues

EBM and HTA for Healthcare Decision Making – The Time has Come!

Cost Effectivity or Affordability: What Should be Prioritized in India?