How Strong is the Evidence for Drugs Receiving FDA Accelerated Approval? 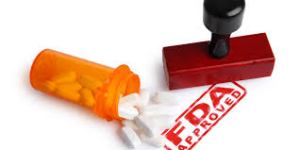 A recently published study by Dyer O (2017) exposed major drawbacks in the accelerated approval process of some drugs available to the American patients without any stringent clinical evidence of their benefits. (1) Drugs receiving fast track approvals from the US Food and Drug Administration (FDA) often rest on a weak evidence base, says research that examined over 7000 clinical studies conducted with more than 37 drugs that received such approvals between 2000 and 2013. Researchers from the London School of Economics and Political Science (LSE) and the United States say that many US patients with serious illnesses are being treated by drugs which have questionable data. (1,2)

Although, drugs eligible for accelerated approval are assessed for their probable clinical benefits, the slab for their market entry is far lower than those receiving regular approval. The potentially promising drugs can receive marketing authorization based on surrogate measures that are easy to obtain, rather than clinically meaningful outcomes, with the help of FDA’s accelerated approval process. The aforementioned study1 is the first of its kind worldwide that systematically evaluated more than 7000 clinical studies on drugs receiving accelerated approval by the FDA; and the shortcomings were due to the FDA introducing more flexibility to its evidence standards over the past three decades. The evidence ultimately accrued on the drugs getting ‘accelerated approval’ has major flaws and is inadequate to address the information needs of patients and doctors, and other decision makers in healthcare systems. (3)

The key findings of this study include: (1)

However, on a flip side, some in the industry believe that this is not news. Post-marketing studies are conducted in only two-thirds of cases and are usually followed with a median delay of 4 years. Accelerated approval is often associated with unjustifiable delays in market withdrawal, and even in drug-related deaths. (4) For lack of efficacy, the process is even slower; for instance, drotrecogin alpha was not withdrawn for 10 years after initial approval and bevacizumab was approved for metastatic breast cancer in February 2008 under the FDA accelerated program and the license was not withdrawn until November 2011. (5) No one can justify this delay by the system for being wrong for so long. FDA along with the European Agency (EU) approves the drugs as quickly as they are slow for withdrawal. (6)

Collective evidence on drugs receiving accelerated approvals has major limitations. The majority of clinical studies with these drugs are small and non-randomized, and about one third are performed in disapproved areas, typically alongside those conducted in approved areas. Most randomized trials that include such drugs eligible for accelerated approval are not proposed to directly evaluate their clinical benefits but, in fact, to incorporate them as standard treatment. (2)

How can RWE Help in Optimizing Clinical Trials?

The Evolving Role of Medical Affairs in Clinical Trials

Real World Data and the Future of Smarter Clinical Trials

Impact of Information From ClinicalTrials.gov in the Conduct of SLRs?

How Important is to Maintain Clinical Trial Transparency?

How RWE can Impact Clinical Trial Design and Help in Decision Making?

What Does Expedited Review Pathways Means for Asia?

What are the Strategies for Effective Retention in Clinical Trials?

How Patient Records Abstraction Can Help in Healthcare Decision Making?

Is There Any Dogma Regarding Informed Consent in the Conduct of Pragmatic Trials?